Becoming your own individual

DIFFERENTIATING FROM
YOUR FAMILY OF ORIGIN
You may handle family pressure by trying to conform or by divorcing yourself emotionally. However, there is an alternative. You can learn how to express your differences or differentiate without getting caught in conflicts or abandoning your significant others. Once you’ve left home, the best place to reclaim the freedom to be yourself is with the family that raised you because:1
• When you are away from home, you will have time to evaluate your interactions with family members, regain a sense of yourself, and plan future strategies.
• Attachments to spouses, bosses, and associates often mimic early entanglements and will automatically change as you develop a new style of being with your parents.
• Your ability to be your own person is determined by how well you have resolved issues with your parents and the degree to which your parents are differentiated.
METHODS FOR DIFFERENTIATING WITHIN YOUR FAMILY
1. Separate, person-to-person relationships: Develop an individual relationship with each parent instead of dealing with them as a unit.
• Correspond with each parent separately instead of writing Dear-Mom-and-Dad letters.
• Have individual telephone conversations instead of talking with both parents on extension lines.
• Balance the time you spend with each parent alone during family visits. Talk about subjects of interest that do not involve others. Stories of past family history, ancestry, philosophies of life, and beliefs are all good topics: “What was it like for you when we were little and Daddy was gone a lot?” “What was your most embarrassing or proudest moment?” “What upset you when you were a child?”
2. The I position: When conflicts emerge in the family, your goal is to state your position and underscore the fact that there are differences in the family. There are few opportunities to take the I position during periods of calm. Deaths, serious illnesses, family gatherings, weddings, divorces, and disclosure of secrets often spawn issues that are fertile opportunities to differentiate. Openly define where you stand on an issue, what you want, and what you intend to do without defending yourself, attacking, or withdrawing:
• “I won’t be getting a prenuptial agreement, even though that may be unwise.”
• “I don’t agree with your position on premarital sex, and I’ll be glad to keep the details of my weekend plans private if you find them too disturbing.”
• “When you give me unsolicited advice, I feel too resentful to consider it.”
3. Neutralizing attacks: After stating your position, it helps to anticipate a series of reactions from your family. This backlash is so important that if it does not happen, you may not have made a successful attempt at differentiation! Initially, family members may be surprised, hurt, or angry and label your ideas crazy, irresponsible, or immoral. Then they will do their best to convince you to change your mind. When this does not work, they may threaten to disown you, but these accusations will probably reach a peak and then subside. Finally, the family will come to respect and appreciate your convictions. “Surviving” expressions of individuality will help all family members differentiate. The hardest part of this task is to maintain contact while under fire.
1 Murray Bowen’s ideas on differentiation are summarized in Family Therapy in Clinical Practice (Jason Aronson, 1978).
Making a casual, empathic response will empower you and can defuse nonstop tirades. For example, if you are told that you are ungrateful, you can:
• Agree (in theory): “I could be more grateful.”
• Act as if you’ve been complimented: “Is that a bad thing?” or simply say, “Thank you.”
• Exaggerate the attack: “I’m very selfish as well.”
• Use reverse psychology: “Maybe you should try harder to reform me.”
• Label feelings: “You sound very disappointed in me.”
• Validate feelings: “It makes sense that you’d think I’m ungrateful because I do not call as much as you’d like.”
• Sympathize: “My ways sound difficult for you.”
When you truly give up seeking approval, other’s judgments will not hurt you. However, if you cannot remain calm, state that you will revisit the discussion later. It is important to resume contact as soon as you are able to show that asserting independence is not the same thing as rejection.
4. The neutral stance: Even when you are not involved in a conflict between two family members, you can use their disagreement as an opportunity to differentiate by simply understanding the difference in each person’s position. This takes you out of a judging position, demonstrates tolerance for varying viewpoints, and minimizes the chance for alliances to form. The following situations suggest ways to stay neutral without retreating:
• Practice the neutral stance in circumstances that are not emotionally charged: Start with conflicts between young children or siblings before the challenge of staying neutral with your parents or when you have strong biases toward one person.
• If you find yourself reacting negatively to one party, spend time alone with that person until you can understand his or her position.
• Handle gossip by breaking confidences: Ask the “gossipee,” “Why do you allow such stories to be told about you?” This will anger the gossiper, force the family to deal more directly with each other, and give you an opportunity to make a casual comment to any attacks: “With a little bit of practice, I’m sure you could develop as big a mouth as mine.”
• Avoid alliances by exposing them when you sense someone is trying to get you to take sides: “Mom and I have been plotting how to get everyone over this impasse.”
Rehearsing possible interactions and writing a script for taking the I position or the neutral stance can help. However, discussing your plans with a family member establishes an alliance and hinders efforts to differentiate. 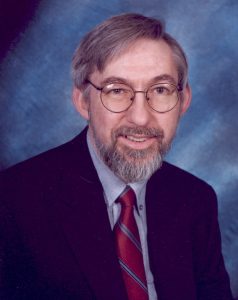 In practice since 1984, I have a practical view of counseling, & may use any of several approaches based on the needs of the individual or the situation.

"I'd love to hear from you. Contact me to schedule a free 15 minute consultation."